Born To Be An Artist

Born in Mountain Brook, Alabama, a hop over Redmont Mountain in Birmingham, MacQueen grew up under the huge shadow cast by the 56 foot monumental sculpture, Vulcan, the god of beneficial and hindering fire, [1] representing the city’s steel industry in the last two centuries.  She was regaled with haunting stories of molten metal involving her great grandfather fictitiously falling into the caldron of molten steel while inspecting the quality, James William McQueen, who was President of Sloss Sheffield Steel and Iron Company from 1918-1925 until his death from pneumonia in The Waldorf Astoria Hotel during a International Steel Business Conference.  Innovation runs in the family as McQueen invented the by-product coke oven recycling this product into energy and saving African American workers’ lives from the deadly fumes.

While writing of this Artist, MacQueen’s brother, Julian Bruce MacQueen, Founder of Innisfree Hotels, is flying his new Hondajet around the world breaking Aviation History in speed and distance, with his wife Kimberly Gimmel MacQueen as co-pilot.

Hidden in Elizabeth MacQueen’s DNA was innovation and primordial molten metal waiting to be discovered.

Involved in the arts of dance, set design, piano, choreography as well as being a champion athlete, Elizabeth’s mother decided to help her harness these many talents into focus and drove her to the Ringling Museum in Sarasota, Florida, to see its art program.  Looking at her first European life-size sculptures surrounding the grounds and atop the grand columns and arches, MacQueen expressed her overwhelming inspiration to her mother;

“If I can create just one of these then my life will have been worthwhile.”

What MacQueen did not understand then, but would come to realize a few short years later, is one was not enough.

Circumstantial, going full circle, MacQueen is finishing up a Glass Mosaic Project involving Ringling and their Students for installation in Sarasota, September 2017.

Please check back with her on this event.

After graduating from Los Angeles City College LACC, MacQueen aided by an academic scholarship went to the University of California at Los Angeles, UCLA, where she graduated with a degree from Dickson Art Center in Sculpture, Painting and Design. She continued on in UCLA’s Graduate School of Education.

Feeling the graduate program was not addressing her goals and desires, she moved to the international sculpting community of Pietrasanta, Italy, snuggled at the base of the Apennine Mountains where Michelangelo’s Marmo di Bianco Puro was quarried 500 years earlier for his Pieta and David.  There she was privileged to work and break bread with the highly respected Italian artigiani and well known sculptor/artists such as Isamu Noguchi whom she hosted with Giorgio Angeli at his home and Angeli Laboratorio while also sharing a studio with Noguchi during his creation of his La Biennale di Venezia pieces in 1986.

During high school years, MacQueen taught ballet 5 days a week at the Steeple Arts Academy in Crestline Village, Alabama. This helped her pay for her own advanced ballet lessons. MacQueen chose her models from the community of dance in each of the 8 countries in which she resided.

“Dancers can hold a pose, don’t complain, know when to shake out their bodies and resume the position perfectly.”  1983 Montreal Iconic Dancer, Margie Gillis, strapped herself to ropes from the ceiling to hang in a suspended pose in the Pietrasanta studio for MacQueen.  Through dance and the years of reflection in the mirror in the dance studio, MacQueen intrinsically inhaled the molecular understanding of human anatomy in movement.  It is love of this uniqueness, revealed in each individual’s body transferred into her sculptures, that excites and continues to fascinate MacQueen and her Collectors.

Governors of her native Alabama have recognized MacQueen for influencing the cultural heritage of her cradle state. One Governor sought MacQueen’s talent for a Civil War Memorial.  Wynton Blount, Postmaster General under President Nixon, was introduced to MacQueen and recognized her unique talent and immediately commissioned her for a first life-size piece for the Alabama Shakespeare Theatre/Carolyn Blount Theatre in Montgomery, Alabama.  She executed this piece, MUDRA, in Brussels while working with Maurice Bejart and his company, Ballet du XXieme Siecle as she sculpted Jorge Donn, Argentine principal dancer.

Monuments and various works by MacQueen are seen in France, Costa Rica, Italy, Germany, Canada, throughout out the USA, Mexico, Belgium and Tunisia.

Elizabeth MacQueen is listed in WOMEN IN CALIFORNIA HISTORY from San Luis Obispo County.  Photos and articles of her work have been placed in the San Luis Obispo, CALIFORNIA TIME CAPSULE, to be opened in 2100. 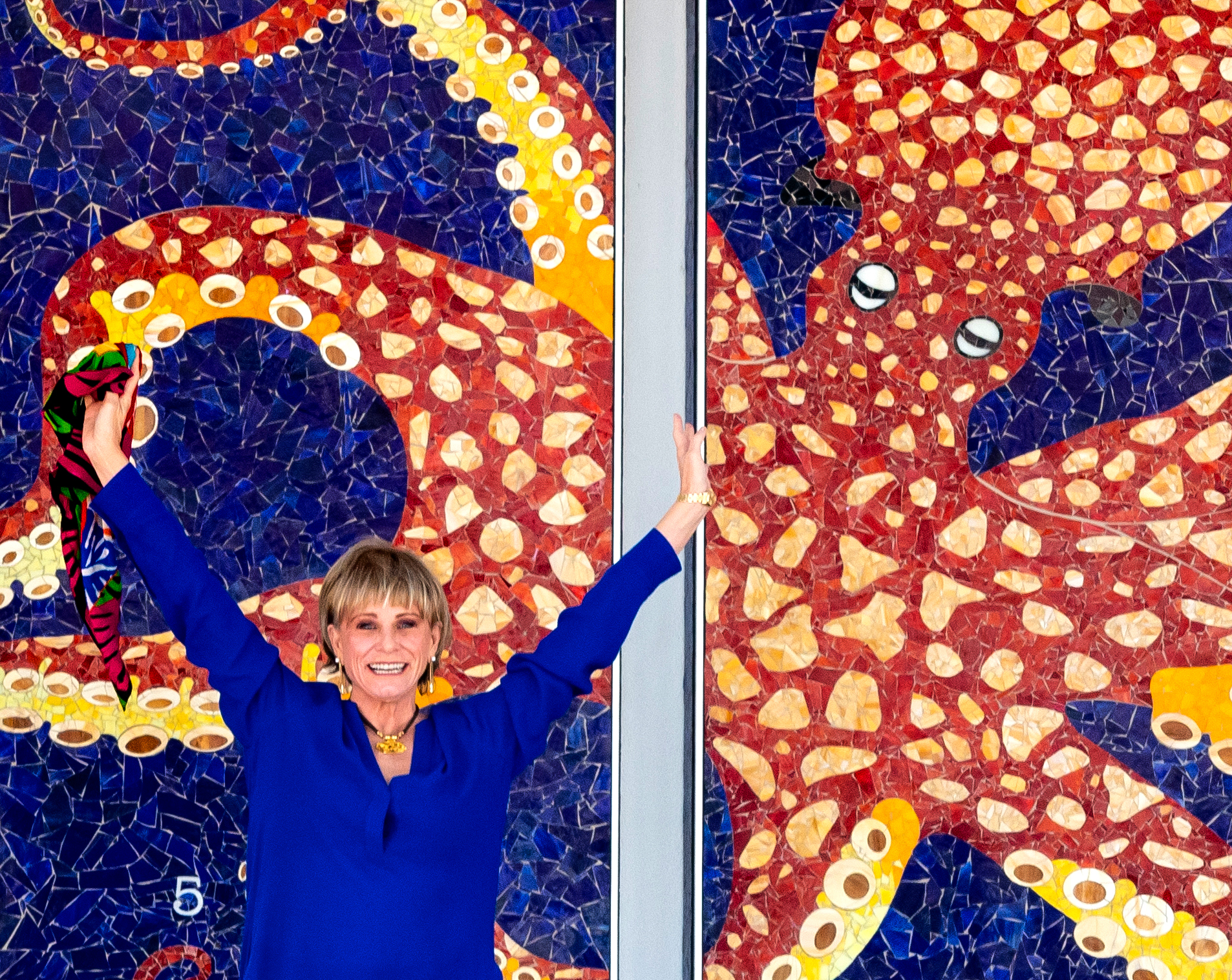 “This is a great challenge that few meet, but she has managed to do so. This continues to be her artistic goal. Whatever Elizabeth does, she does with her love of her medium whether writing, sculpting, painting or design.”